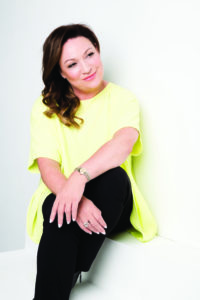 Broadcaster, entrepreneur and human rights campaigner Norah Casey was formerly a Dragon in the popular television series Dragons’ Den and is a well-known radio and television personality. The 2nd Edition of her book Spark! was published by Penguin in 2017 and her TEDx talks include The Cure for Grief  and The Courage to leave (her own testimony of domestic violence). Her digital learning platform Planet Woman seeks to empower women, and much of her life is devoted to mentoring SMEs and female founders globally. Her work can be viewed at norahcasey.com.

Overview: As well as owning Harmonia Publishing Ltd, which is engaged in magazine publishing, Norah also has a range of diverse investments in Britain and Ireland A journalist and former nurse, she received a Woman of the Decade Award from the Women’s Economic Forum in Delhi, May 2018. She received Ireland’s Philanthropist of the Year award and has been  Publisher of the Year no fewer than five times. She serves on the European Board and is a Global Ambassador for Vital Voices established in 1997 by the then First Lady of the United States Hillary Rodham Clinton and U.S. Secretary of State Madeleine Albright. She has served on numerous boards including the Press Council of Ireland, the London-based Women’s Irish Network and is a member of  The International Women’s Forum.

She is a former Veuve Clicquot Business Woman of the Year, Ambassador for Dublin Honours Magdalenes and hosted Voices of Impact: Women Leaders Shaping Global Change at the 2018 World Meeting of Families. She is an Honorary Fellow of the Royal College of Surgeons (conferred 2016) and the Honorary Graduate Award for 2018 from BFEI. Her work to highlight domestic violence was recognised with a Safe Ireland SÍLA Leadership Award in October 2018. She received a 2019 Lord Mayor Of Dublin Award.

Broadcasting: A former Dragon in the popular television series Dragons’ Den Norah has extensive experience in radio and television including presenting her own weekly show (now podcasts), MindFeed, on Newstalk and her social entrepreneurship television series, Norah’s Traveller Academy which was aired on RTE in Spring 2015. She presented 13 episodes of  The Takeover with RTE 2 – transforming business through staff mentorship. Her documentary exploring issues around death and the Irish titled Way to Go was aired on RTE One. She is a regular guest on news and current affairs programmes. She was anchor of the successful daily radio Breakfast Show on Newstalk until July 2013 and co-hosted the Today show on RTE 1 every Friday during the 2012/2013 season. She was a celebrity contestant in television’s Dancing with the Stars. In 2019 she took part in a short film about A Day in her Life. She was producer and commentator of the 2019 documentary; When Dublin Honoured the Magdalenes and contributor for a two part RTE documentary broadcast December 2019: Ireland’s Rich List: 21st Century Hotshots

Personal: Norah is based in Dublin but travels extensively. She divides her time between business, broadcasting and pursuing her passion for travel writing but her main focus is her digital learning platform Planet Woman. Norah’s husband, BBC Correspondent Richard Hannaford, passed away in October 2011 and she has one son Dara.